Yesterday’s post ended with Musa (as) and Yusha Ibn Noon meeting Al-Khidr at the meeting spot that Allah (swt) ordained. Musa (as) had met Al-Khidr asking him if he could teach him some wisdom and knowledge. Al-Khidr responds by telling Musa (as) that he won’t be patient with the knowledge and wisdom, but Musa (as) insists and Al-Khidr agrees to teach Musa (as) his wisdom. From here on, the strange journey began..

Allah (swt) tells us of three confusing incidents. In every single incident, Musa (as) was so confused that he broke the key rule that Al-Khidr had set forth. The main condition Al-Khidr had was for Musa (as) to not question the wisdom. And so they went out and Allah (swt) details this in Surah al-Kahf. The three incidents are recorded below.

So they set out, until when they had embarked on the ship, al-Khidr tore it open. (Musa) said, “Have you torn it open to drown its people? You have certainly done a grave thing.”

The hadith of Ubayy ibn Ka’b (ra) says, they set out walking along the seashore. They passed by a ship and spoke to the crew about taking them as passengers. The crew recognized Al-Khidr and immediately agreed to take them onboard at no cost. When they boarded the ship, suddenly Al-Khidr pulled out one of the planks of the ship. Musa (as) said to him, “These people took us on board at no cost, and now you have deliberately scuttled their ship in order to drown its people! You have done a dreadful thing!” Al Khidr says “Did I not tell you that you wouldn’t have patience with me?” Musa said, “Call me not to account for what I forgot, and do not be hard on me on account of what I have done.” Right there a sparrow came and sat on the edge of the boat and dipped its beak into the sea. Upon seeing this, Al-Khidr said to Musa (as), “My knowledge and your knowledge, in comparison to Allah’s knowledge, is no more than the water taken from the sea by this sparrow’s beak.”

So they set out, until when they met a boy, (al-Khidr) killed him. (Musa) said, “Have you killed a pure soul for other than (having killed) a soul? You have certainly done a deplorable thing.”

(Al-Khidr) said, “Did I not tell you that with me you would never be able to have patience?”

(Musa) said, “If I should ask you about anything after this, then do not keep me as a companion. You have obtained from me an excuse.”

The hadith of Ubayy ibn Ka’b (ra) says that after they disembarked from the ship and while they were walking on the shore, Al-Khidr saw a boy playing with some other boys. Al-Khidr took hold of the boy’s head and cut it off and killed him. Musa (as) said to him, “Verily, you have committed a thing “Nukra” (a great Munkar – prohibited, evil, dreadful thing)! And then Al-Khidr responded by saying “Did I not tell you that with me you would never be able to have patience? This is worse than the first time!” Musa (as) said, If I ask you anything after this, keep me not in your company, you have received an excuse from me.

So they set out, until when they came to the people of a town, they asked its people for food, but they refused to offer them hospitality. And they found therein a wall about to collapse, so al-Khidr restored it. (Musa) said, “If you wished, you could have taken for it a payment.”

(Al-Khidr) said, “This is parting between me and you. I will inform you of the interpretation of that about which you could not have patience.

The story continues in the hadith. Musa (as) and Al-Khidr were walking until they came to the people of a town and asked its people for food. The people refused to give any hospitality. In the town, they found a wall that was leaning and crumbling. Al-Khidr reconstructed it with his own hands and upon seeing this Musa (as) said, “They are people to whom we came and they did not feed us or give us any hospitality. If you had wanted, you could have taken some payment for it.” Al Khidr said, “This is the parting between me and you.”

Upon separating from Musa (as), Al-Khidr provided Musa (as) with explanations for each of the strange actions. The explanation of the reasons is given in Surah al-Kahf as well. Allah (swt) says,

As for the ship, it belonged to poor people working at sea. So I intended to cause defect in it as there was after them a king who seized every (good) ship by force.

And as for the boy, his parents were believers, and we feared that he would overburden them by transgression and disbelief.

So we intended that their Lord should substitute for them one better than him in purity and nearer to mercy.

And as for the wall, it belonged to two orphan boys in the city, and there was beneath it a treasure for them, and their father had been righteous. So your Lord intended that they reach maturity and extract their treasure, as a mercy from your Lord. And I did it not of my own accord. That is the interpretation of that about which you could not have patience.”

Subhan’Allah. The beauty of each one of these lessons. There are many lessons that one can derive from these strange instances. The main themes to be extracted are patience and knowledge. Allah (swt) is All Knowing. Many times things will happen around us and our limited human intellect will not be able to comprehend the incident. However, Allah (swt) is the Best of Planners and He has knowledge of the unseen. 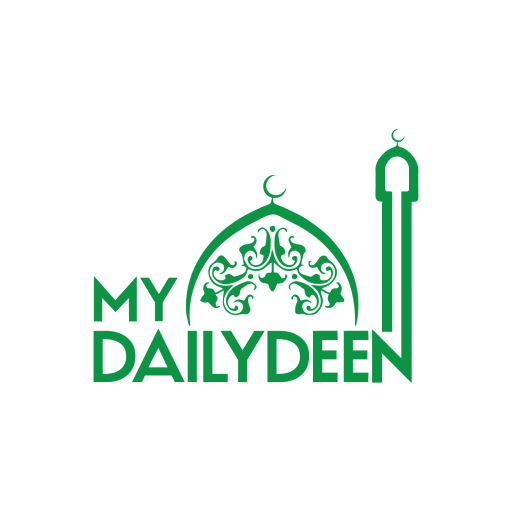 1 thought on “Musa’s Experience with Al-Khidr”